Busk is located 55 kmnortheast from Lviv along the highway Kyiv-Chop and is the center of tourism and recreation zone. The town lies on the route of so-called «Golden Horseshoe» which includes Odessa Castle, Pidhirtsi Castle, old settlement Plisnevsk, Zolochiv Castle. This opens broad prospects of tourism and recreation involving domestic and foreign capital before Busk.

The first written mention of Busk was found in the ancient Ukrainian chronicle known as the «Tale of Bygone Years» dated 1097 year. At this date Busk is mentioned as an already existing town. Nowadays in Busk is preserved a number of historic monuments and culture of national significance. 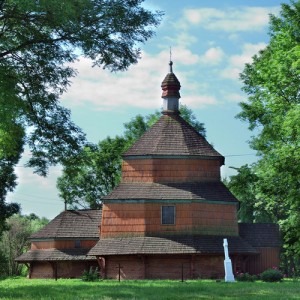 Among this landmarks of wooden architecture of the XVII century there is St. Paraskevia Church built in 1708. Peculiarity of this church is in very large size of high octagonal dome comparing to the side rooms. In its structure it resembles a rotunda with a small altar and a porch. This view is complemented by the picturesque shingle roof with different tones and shades of gray. The whole church looks like it is growing with wide wings. The interior attracts sight by  golden lace of iconostasis – a valuable example of the early XVIII century. The temple has several ancient icons of Lviv school of the XVI – XVII centuries.

In the suburbs Volyany is located a very ancient settlement – it is round with almost completely preserved tall ramparts and moats. At the entrance there is a chapel carved in an old oak tree with three meters diameter. The age of the oak is more than one thousand years. In the settlement is preserved a wooden church of St. Onuphrius XVIII.(It was mentioned for the first time in 1776).

In the city center there is the impressive monumental church of St. Stanislaus (1780) which is decorated with wooden sculptures made by masters of Lviv school at those times. There is also preserved very old Jewish cementery and magnificent synagogue. In addition there is the Palace of the Count Badeni built in the  XIX century.

After such interesting excursions around the landmarks we invite you to visit the Hotel Oksana. The comfortable rooms, delicious cuisine and interesting facilities are waiting for you here.

The hotel is located in the city centre and from windows opens a spectacular view of Busk. 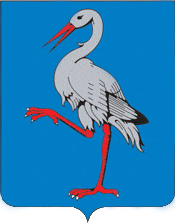